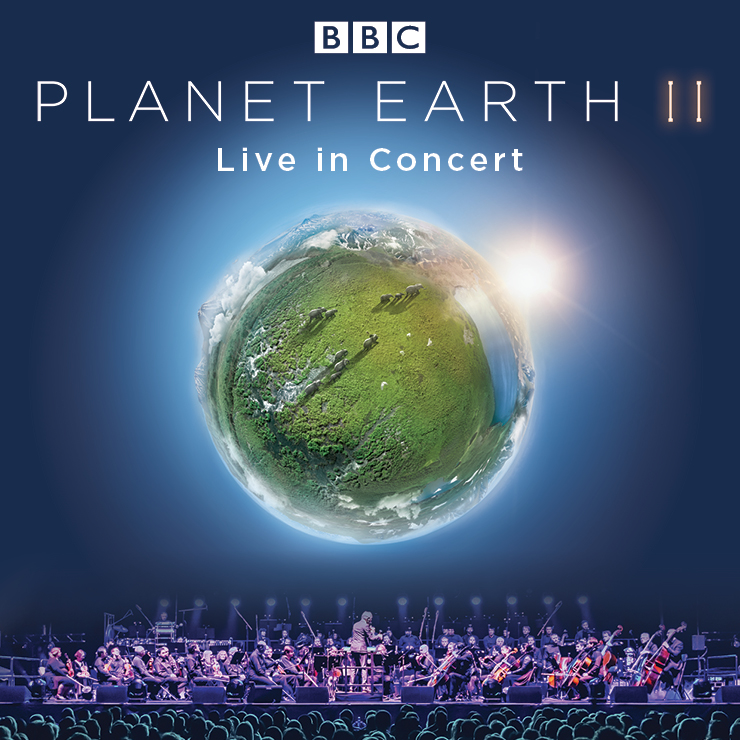 The original 2020 tour was previously postponed twice and rescheduled to March 2021 following government advice and the closure of venues across the UK and Ireland, as part of the effort to combat the spread of coronavirus (COVID-19). Due to the continuing uncertainty regarding the unlocking of mass gatherings for arena events in the entertainment sector, it has been decided to reschedule the shows again to March 2022, a touring period which will provide greater optimism and safety for a return to normality. The health and safety of our audience is absolutely paramount.

Barry Campbell, the MD of promoter FKP Scorpio UK commented, “Due to the continuing uncertainty around indoor arena mass gatherings, we felt it was necessary to move our Planet Earth II Live In Concert tour once again to March 2022. We make these changes with a heavy heart but it is very important to us that the public should feel safe and be able to attend the shows without any safety worries. We promise it will be a fantastic tour well worth waiting for and thank all ticket purchasers for their patience and understanding in these most difficult times”.

These spectacular live concerts will be hosted by science and natural history TV presenter Liz Bonnin, with behind the scenes insights from  Mike Gunton, the executive producer of the BAFTA and EMMY® award-winning BBC television series.

Says host Liz Bonnin “2020 has been incredibly difficult for everyone and we are reeling from the impact of this pandemic. Our hope is that, once we begin to recover from this extraordinary situation, our tour can play a small part in offering joy, healing and optimism. It will be an uplifting experience, celebrating the majesty of life and all the beauty and wonder that Mother Earth has to offer. I’m all the more excited to be able to share it with you.”

All previously purchased tickets remain valid for these rescheduled dates.

The rescheduled 2022 tour dates are as follows:

Tickets for PLANET EARTH II, LIVE IN CONCERT at 3Arena are on sale now and are available from:

BBC Studios, a global content company with British creativity at its heart, is a commercial subsidiary of the BBC Group. Formed in April 2018 by the merger of BBC Worldwide and BBC Studios, it spans content financing, development, production, sales, branded services and ancillaries. BBC Studios’ award-winning British programmes are internationally recognised across a broad range of genres and specialisms. It has offices in 22 markets globally, including six production bases in the UK and production bases and partnerships in a further nine countries around the world. The company, which makes 2500 hours of content a year, is a champion for British creativity around the world and a committed partner for the UK’s independent sector. BBC Studios has revenue of £1.4bn, and returns around £200m to the BBC Group annually, complementing the BBC’s licence fee and enhancing programmes for UK audiences.

Emmy and BAFTA nominated Bleeding Fingers Music is an established creative force in the world of music for visual media. The collaboration-led composer collective has been entrusted with elevating many iconic projects, highlighte by Fox’s “The Simpsons”, and BBC’s “Planet Earth II” and “Blue Planet II”. The team has also become a reliable music source for many networks and studios, such as Netflix, National Geographic, History, A&E, Sony Pictures and Dreamscape VR.Bleeding Fingers has assembled a diversely talented collective of exceptional composers, providing them with a state-of-the-art environment that encourages creativity, experimentation and collaboration. The team hails from eight countries and their diverse styles, influences and backgrounds come together to give our music a wide ranging appeal. The team has also found innovative ways to bring mainstream musicians into the scoring world, collaborating with artists such as Radiohead, Sia and X Ambassadors.