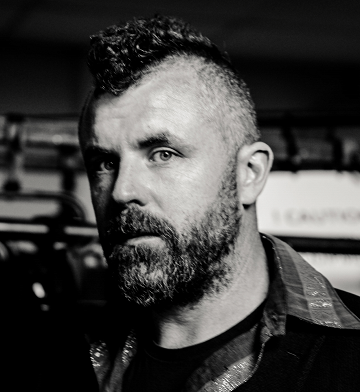 Iveagh Gardens
Tickets on sale This Friday at 9am

One of Ireland’s most acclaimed songwriters Mick Flannery, has today announced his biggest headline show to date at Dublin’s Iveagh Gardens, along with special guest Susan O’Neill.

‘Mick Flannery has a voice for the ages, a complete Master of his craft’ cited by Clash Magazine, whilst The Sunday Times said he “conjures up exquisite story-telling’. ‘In the Game’ does not break this spell, as Mick continues to deliver stories never heard before. This time with a story-telling partner, by way of the unparalleled voice of emerging Irish artist Susan O’Neill.

Having released seven studio albums to date, Six of which reaching the top five, and three number 1’s under his belt. Flannerys latest offering, is the now highly acclaimed collaboration album ‘In the Game’ with fellow songwriter, and multi-instrumentalist Susan O’Neill.

‘Chain Reaction’ the lead single from the duet album won ‘Best Original Song’ at this past week’s RTÉ Radio 1 Folk awards held at Vicar Street, ‘In the Game’ also getting a nomination for ‘Best Album’.

Currently in the midst of a sold out Irish tour in support of the release, the pair came back last month from an extensive U.S tour, where Mick & Susan were personally invited by Phoebe Bridgers as her special guests when she played the Mann Centre in Philadelphia. Phoebe and Mick have been mutual fans for a while, Describing her feelings for their new record Phoebe simply said ‘I love this F****** record’.  The sentiment is shared across the board with American Songwriter calling it ‘A sorrowful Masterpiece’  The Independent saying ‘It’s been a long long time since a record like this has come around” and Clash simply calling it “Superb”

The pair have also released an official video today for their current single off the album  ‘Are we Free?’.  Filmed partly on location at The Cork Opera House late October, where they started their tour to a capacity audience as Ireland opened up it’s live music sector again.  Continuing  their collaboration with West Cork director Christopher Luke, the clip showcases the pair’s electrifying energy on stage whilst introducing yet another solid offering off the album.   Performed on the Late Late show last month, ‘Are we Free?” has spent the past 3 weeks on the Shazam charts as well as the spotify viral top 50 in Ireland.

On July 7th Mick with full band will take to the stage in Iveagh Gardens armed with all the old favorites, some new songs and will be accompanied by Susan O’Neill to also play songs from ‘In the Game’.   Speaking of the Iveagh Gardens announcement, Mick says he’s “Very Much looking forward to this gig. I believe it will be the most nerve-wracking one to date”

Tickets for the show go on sale next Friday November 26th at 9am.

Praise for the record:

“I love this fucking record”

“..his gravelly tones and her soulful vocals are a perfect match”

Mail on Sunday (Album of the week)

“The most beautiful duet album to be released this year”