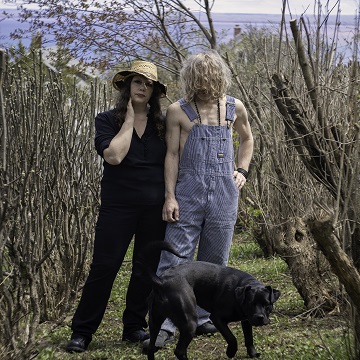 to celebrate the announcement of a new album Hey What released September 10th on Sub Pop, and a Dublin show at Vicar Street on April 26th.

Days Like These, the first single taken from this astonishing new album is streaming now

HEY WHAT is Low’s thirteenth full-length release in twenty-seven years, and their third with producer BJ Burton. The new album finds the group focusing on their craft, staying out of the fray, and holding fast their faith to find new ways to express the discord and delight of being alive, to turn the duality of existence into hymns we can share. These ten pieces—each built around their own instantaneous, undeniable hook—are turbocharged by the vivid textures that surround them. The ineffable, familiar harmonies of Alan Sparhawk and Mimi Parker break through the chaos like a life raft. Layers of distorted sound accrete with each new verse – building, breaking, colossal then restrained, a solemn vow only whispered. There will be time to unravel and attribute meaning to the music and art of these times, but the creative moment looks FORWARD, with teeth.