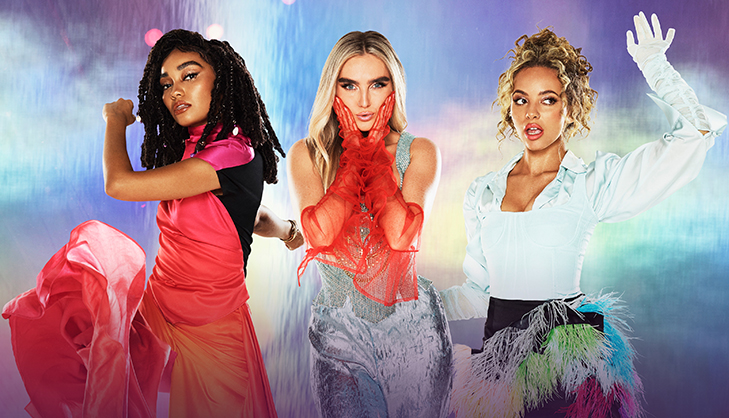 Little Mix has announced their Confetti Tour has been postponed to 2022.   Original tickets remain valid for the rescheduled dates.

The shows will see Little Mix perform songs from their brand new album ‘Confetti’ including the 2020 smashes ‘Holiday’ and ‘Break Up Song’, alongside some of their greatest hits including ‘Touch’, ‘ Woman Like Me’, ‘Black Magic’ and ‘Shout Out To My Ex’.

Little Mix have chosen to partner with both Black Minds Matter UK and Nordoff Robbins Music Therapy.  £1 from every ticket sold will be distributed between them equally (subject to VAT).

Nordoff Robbins Music Therapy – a charity that uses the power of music therapy to enrich the lives of people affected by life limiting illness, isolation or disability www.nordoff-robbins.org.uk

2019 witnessed Little Mix win their second Brit Award – for Best British Video for ‘Woman Like Me’, and perform the same song live at the ceremony. They also won two Global Awards for Best Group and Best Song, followed by their 4th EMA Award for Best UK & Ireland Act.

Tickets on sale from all  usual Ticketmaster outlets