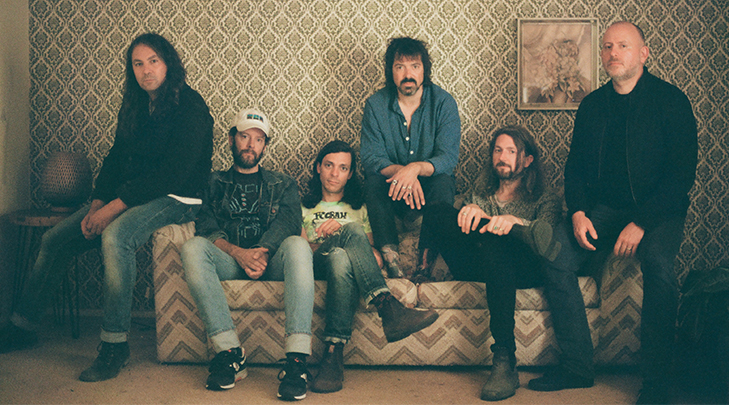 The War On Drugs

Today,  The War On Drugs announced that they will play Dublin’s 3Arena April 2022 as part of their upcoming North American and European tour.

This tour takes the band to some of the largest venues they’ve ever played, including their first headlining show at Madison Square Garden, as well as Los Angeles’ Shrine Auditorium, the Bill Graham Civic Center in San Francisco, the Ryman Auditorium in Nashville, two nights at the Chicago Theatre, Philadelphia’s Metropolitan, the House of Blues in Boston, and beyond.

Details a new album, I Don’t Live Here Anymore, their first studio album in four years, were also announced today, as they shared the first song/video, “Living Proof.” The album will be out 29 October on Atlantic Records. The “Living Proof” video, directed by filmmaker Emmett Malloy, and shot on 16mm, captures Granduciel at the historic Panoramic studio in Stinson Beach, California.

Over the last 15 years, The War on Drugs have steadily emerged as one of this century’s great rock and roll synthesists, removing the gaps between the underground and the mainstream, between the obtuse and the anthemic, making records that wrestle a fractured past into a unified and engrossing present. The War On Drugs have never done that as well as they do with their fifth studio album, I Don’t Live Here Anymore, an uncommon rock album about one of our most common but daunting processes—resilience in the face of despair.

On The War On Drugs’ 2017 album A Deeper Understanding, Adam Granduciel sang about wanting to “find what can’t be found.” In a way, the history of this band has been a chronicle of their frontman’s ongoing search for greater meaning. Along the way, they’ve grown with each record. In the aftermath of A Deeper Understanding, they won a Grammy for Best Rock Album. The New Yorker called them “the best American ‘rock’ band of this decade.” Even The Rolling Stones recognized Granduciel’s talents, inviting him to remix their long lost collaboration with Jimmy Page, “Scarlet,” which was previously an unreleased gem from Goats Head Soup.

By any metric, The War On Drugs have made it. They are now firmly embedded in the classic rock lineage. And yet the quest for that ineffable something continues.